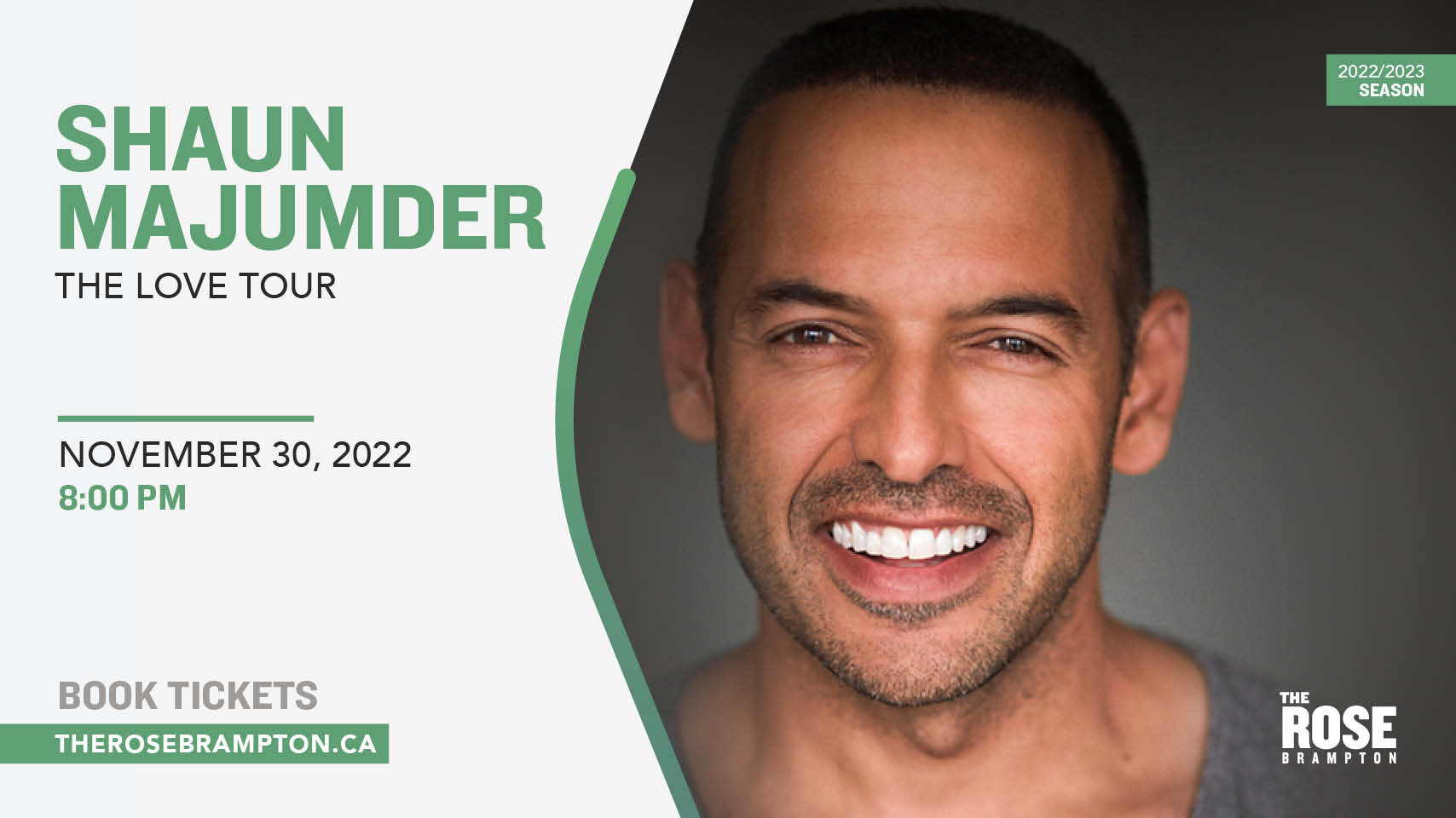 In 2019, beloved comedian and performer Shaun Majumder brought his complex and timely HATE Tour to Atlantic Canada.  Now the new dad flips the narrative with his new LOVE Tour.
"He is an absolute comedy star, riveting and hilarious."

From Burlington, Newfoundland, Shaun has starred in shows like “Cedric The Entertainer Presents” on Fox, The Farrelly Brother’s Comedy “Unhitched,” NBC’s “The Firm,” and ABC’s critically acclaimed “Detroit 187” and a cast member of This Hour Has 22 Minutes for nearly a decade. Most recently he’s hosted “Race Against the Tide” on CBC and the new sci-fi horror series “From” airing now on EPIX.