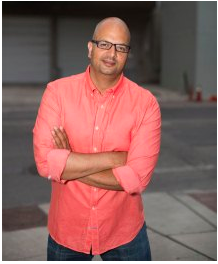 ​As a father of four, Ali Hassan is well versed in dodging difficult questions. Or just making up the answers. But when his kids start to ask about religion in general and Islam in particular, Ali begins to consider his heritage. In this solo show, Ali Hassan (Man Seeking Woman, Odd Squad, CBC Radio’s Laugh Out Loud) delivers a bitingly funny piece of work on flunking out of Sunday school, ingesting forbidden fruits, and becoming a cultural Muslim. The show is a refreshingly hilarious antidote to our increasingly troubling global climate, delivered by this rising star of television, film, radio and stage.